What Are The Types And Functions Of The Textile Auxiliaries? 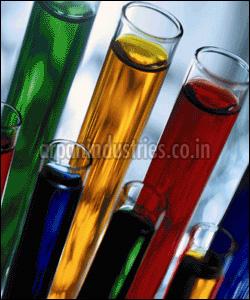 Textile auxiliaries chemicals, commonly called as the dyeing auxiliaries are formulated chemical compounds which are used in various operational processes in a textile. It is used for preparing, dyeing, printing, and effectively finishing the manufacturing process.

Well, as per the wholesale textile auxiliary chemicals in Gujarat, the idea of textile auxiliaries can be broadly defined into a list of categories based on their function, namely, a sequestering agent, as lubricant anti-creasant, chemicals used for pre-treatment, peroxide kille, etc.


Some categories are agents for levelling, the carrier, desizing agent, agent for anti-pilling, mercerizing, bleaching, antifoaming agent and so on. It’s also used for pH control and regulation of the buffer system and as a dye fixer and optical brightener, soaping agent or washing off agent, and softening agent.


For a better understanding of these categories, here, in this article, we have also discussed the various functions performed by these auxiliaries.


Functions of the Textile Auxiliaries

The functions performed by chemicals and auxiliaries supplied by the textile auxiliary chemicals manufacturer in Gujarat can be described as follows:


• As an Agent of Dispersion: Well, agents of dispersion can be described as an organic compound which plays a major role in the process of dying. It helps in the reduction in the size of the dye particle and helps in solubilisation of the particles. In short, it can be said that the dispersing agent helps in incredible the solubility of the dye in water. Most common types of dispersing agents used in textile industries include Dispersant WS, Licol OI, Hispogal, Sarcol NS Dadamol V, etc.


• A Sequestering Agent: These agents are an important auxiliary which is very important for dyeing. Moreover, this agent also helps in removal of hardness of water and making it suitable for the dyeing process.


• Peroxide Killers: Presence of peroxide in the water is quite harmful to the fabric. So, textiles make use of peroxide killing age ta at the pre-bleaching stage for safe and long-lasting manufacture of dyed fabric.


• Anti-Foaming Agents: It is a special type of surfactant which can prevent the formation of foam. It is usually used in operations like dye bath and printing for prevention of foam. It is because the generation of foam can create an adverse effect on the manufacturing process of the product.


• For Anti-Pilling: Some human-made and blended fibres are likely to form pills on their surface. So, these agents are used to get rid of pills on the surface of the fabric.

This entry was posted on September, 16, 2019 at 14 : 58 pm and is filed under Textile Auxiliary Chemicals. You can follow any responses to this entry through the RSS 2.0 feed. You can leave a response from your own site.